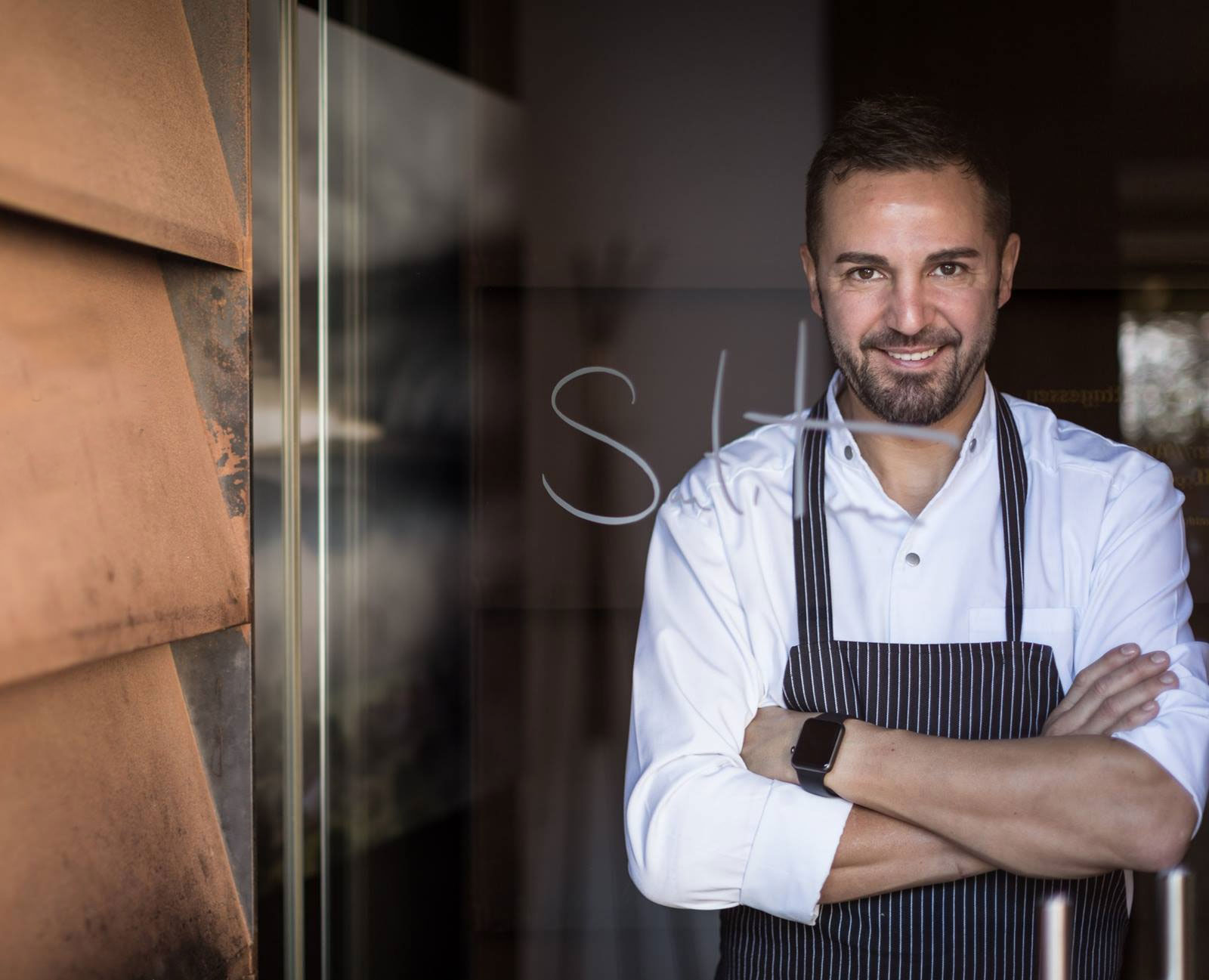 A culinary phenomenon that is already a reference in Mallorca despite its youth. Know well the formula of success: Work, passion and humility.

To make the pizza base we’ll use a recipe by my mother, Magdalena Pol Capó, from Lloseta (from the house of Ximarró). We need 1 egg, a piece of pressed yeast the size of a walnut, 1 glass of Mallorcan olive oil, 1 and a half glasses of water and sieved flour that can easily soak up the mixture.

We combine all the ingredients except the flour, which we’ll add a little at a time as the dough calls for it. When the consistency’s just right, we let the dough stand for a good while until well risen. Then we knead it a little more and roll it out thinly into 15 by 5 cm portions. We put them on an oven tray, prick them with a fork to make them as flat as possible and bake them at about 160 degrees until done. We put them to one side.

Into a cassole (an earthenware dish for cooking in the hearth) we’ll put a little oil and the crushed garlic, we’ll heat it to cooking temperature and then we’ll add the peeled and julienned tomatoes; we simmer it until much of the tomato juice has evaporated. Meanwhile we have to fry the onion, peeled and julienned, and the green pepper, trimmed and likewise julienned, in olive oil. When they’re done we strain off the excess oil and mix them with the tomato sauce. We remove them from the fire and dress them with virgin olive oil, salt, pepper, the parsley and the basil.

We fillet the dogfish removing the skin and bones, we marinate the fillets with all the ingredients and we vacuum-pack them. We steam them at 64 degrees for 13 minutes, after which we cool them in a basin of ice water to arrest the cooking process.

To finish the pizza, we’ll put a pizza base onto an oven tray, and we’ll top it with the trempó and dogfish in portions to taste. We sprinkle a little Tap de Cortí paprika over it and we pour on virgin olive oil. We bake it for a few minutes and transfer it to a plate with a green pasta accompaniament, a sweet red wine reduction and a few lettuce leaves, peas and broad beans, marigold and fennel.

*“Trempó” is a traditional Mallorcan salad made from onion, tomato and bell pepper.